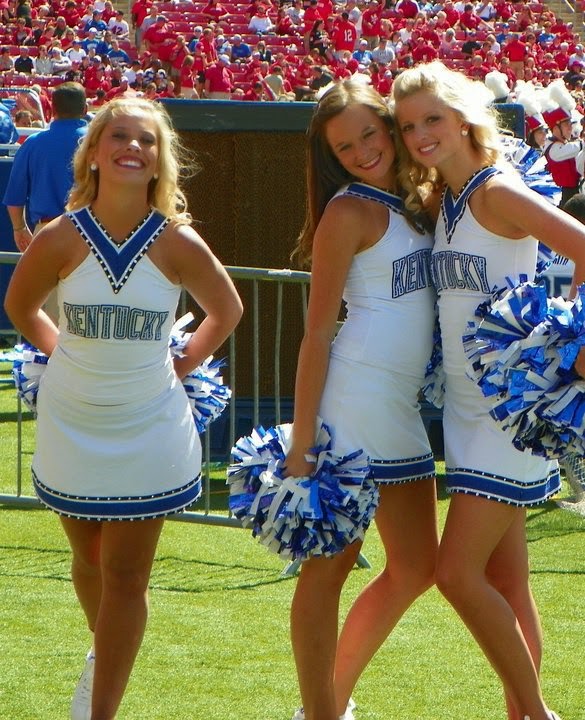 1]   Mississippi State travels to Kentucky; KY got a rude awakening last week and this week should be worse (although it is at home); State by 29
3]   Ole Miss at 24] LSU; LSU showed life last week but now host a hot defense, this should be an exciting game that Ole Miss pulls out at the end; Rebels by 4
4]   Alabama at Tennessee; The UT defense will be stout, the offense hopefully will be moving; Alabama routed A&M last week and is on a roll. At Knoxville, the crowd will be jumping and I don't think Bama will be able to roll them, but they will be able to beat them :(  Bama by 12
5]   Auburn hosts South Carolina; Should be a wild one, going with the Tigers at home by 8
6]   Oregon at Cal; The Ducks got it going last week and should be rolling even on the road; Oregon by 24
8]   Michigan State hosts Michigan; Sparty should roll over the wreck that is UM; Hoke will be gone soon; State by 18
10] TCU hosts Texas Tech; TCU defense should be back on track and Tech likes to give up the rock; Frogs by 12
11] Kansas State hosts a suddenly resurgent Texas; KState coming off a big last second win over Oklahoma and Texas is playing better every week.  Upset special, longhorns by 6
13] Ohio State at Penn State; This was a BIG game weeks ago; PSU has deflated since then and Ohio State has exploded; Buckeyes by 19
14] Arizona State at Washington; The Husky defense will make the difference in this upset; UW by 4
15] Arizona at Washington State; Zona by 9
16] Nebraska hosts Rutgers; Husker running is on track and Rutgers just got smashed by OSU; Nebraska in a squeaker by 4
18] East Carolina hosts UConn; Pirates by 21
19] Utah hosts 20] USC; both are playing well, home-field should be the difference, Utes by 4
21] Clemson hosts Syracuse; Tigers by 8
22] West Virginia at Oklahoma State; WV on a tear after routing Baylor, but this is the Big 12 and homefield is big here; OK State in the upset by 2
23] Marshall big over Florida Atlantic (by 18)
25] UCLA is at Colorado; Bruins by 24