Tennessee at Missouri: We got bombed by Ala last week and Mizzou was upset by South Carolina (told ya). Dobbs is starting for UT and it's on the road; should be a recipe for disaster, but I think Butch has them turned. Upset #2 of the season; UT28 - 24

Mississippi St @ South Carolina: State held on against Kentucky (told ya) and that's not good; Connor Shaw showed why Spurrier keeps putting him in with the comeback (17 down in the 4th) and he and that D will make the difference. SC 30-18

Georgia vs Florida (World's Largest Outdoor Cocktail Party[tm]) The winner is still (slightly) in the running for the East; Georgia is like a MASH hospital lately and Florida can't do anything right. A very sloppy game where Andy Murray outplays Florida's defense (slightly) 17-15 (UGA)

Auburn is at Arkansas: they've been feuding since SEC Media days and it won't stop; Auburn should beat the hell out of the hogs; but they do run the ball well and should be able to keep it close at home. If it stays close in the 4th Ark will pull it out. But it won't ... AU 34 - 21

Kentucky and Texas A&M win the cupcakes this week.
at 6:27 PM No comments: 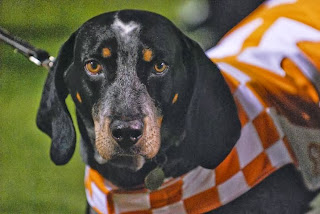 Tennessee at [1] Alabama: UT is up and playing well, Bama is the same as always and the best overall team in the country so far; I think UT plays with them but can't keep up at the end. UA 31-21

Vanderbilt at [16] Texas A&M: Vandy pulled of the major upset of Georgia last week while Johnny Football and the Aggies lost a close one to Auburn. Manziel is hurt (kind of) and Vandy has confidence; but this is a road game and Vandy sucks on the road: A&M 40-20

[21] South Carolina at [5] Missouri: Mizzou has confidence and a 2 game lead in the division; SC got upset by UT last week and has a hurt QB; Spurrier is the coach, however, and he has a few tricks and a defense that can stop the Tigers attack.  SC in the major upset (leaving Alabama as the only SEC hope for a 8th straight NC) 24-20
at 7:41 AM No comments: 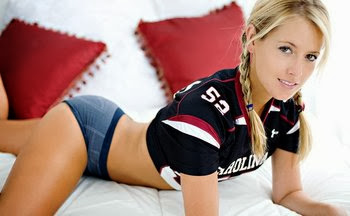 South Carolina at Tennessee >< UT was so close to beating Georgia and have had 2 weeks to get over it/prepare for USC and Clowney. Last time they held Clowney in check most of the game but lost 38-35; this year TN has new life and a 'won't quit' attitude but SC is rolling.  I think it'll be close again, but I don't see the Vols getting over the hump :(   SC 24-23

Georgia is at Vanderbilt; half of UGA's offense is hurt, Vandy is reverting to form; UGA 30-18

Florida is at Missouri (undefeated Mizzou!) but James Franklin is out for Mizzou; Florida's defense is way too good for a new starter, even on the road. UF 19-16

Auburn (ranked!) at Texas A&M; statement game for the Tigers; too much Maisel though and A&M runs away with it; 48-30

LSU at Ole Miss; the Rebels are on a down spiral and this week won't help; Tigers 38-10

We are now going into week 6 of the NFL season, and most of our kids get progress report/report cards at that time, so lets take stock of where the NFL is shall we?

To the person who went to Las Vegas and placed a bet for the NFC South to be a total dumpster fire, step up and collect your money..

The New Orleans Saints were expected to come out with a chip on their shoulder..and they have done so with a 5-0 record going into their week 6 contest with the Patriots, but the rest of the divison have 2 total wins? I didn't see that coming.

Nor did I see the New York Jets having a better record than the New York Giants. Geno Smith has outplayed Eli Manning, a feat I would have said was impossible. One could argue that Rex Ryan has outcoached Tom Coughlin, and thats in and of itself saying something.

The Kansas City Chiefs are 5-0, yep, Eagle fan was right....That Andy Reid guy was a bum and couldn't coach football.

The Denver Broncos are undefeated as well, but its the way they have done it that has surprised me, the defense is not nearly as solid as I would have thought on paper, so Peyton Manning is just outscoring the NFL....is this the season where we have a serious discussion that Manning is the best to ever play the position? He has as many rings as Favre and will have more yards and touchdowns as Marino. Side note: The Denver Broncos average scoring 46 points a game, A GAME!!!!! The Tampa Bay Bucs have scored 44, ALL SEASON!!!!!! (through their 4 games)

There is not one team in the NFC East with a winning record....can we please stop with the love fest that is "look how tough the NFC East is?" just go win games, then we can talk.

Don't look now, but the NFC North could be the toughest and most fun division of the NFL to watch the rest of the way. The NFL is a Quarterback league, and this division has 3 really good ones, and a 4th could emerge with Josh Freeman now with the Vikings

Those are my thoughts on the NFL Season that is going into its 6th Sunday of action. I hope your team hasn't totally imploded yet, because my Tampa Bay Bucs certainly have. Good luck to you and "your team"

UT is off this week.

#25 Missouri at #7 Georgia; easy pick, until half of UGA's offense got hurt, now not so much. I think Andy Murray is still too good to lose at home though. UGA 41-38

#14 South Carolina at Arkansas; Ark couldn't handle 'new' qb Murphy and Florida last week; this week they face a better offense but not the same defense. This game will be a nail-biter with the final horn sounding on a USC 21-20 win

Western Carolina at Auburn; time to showcase the offense (and get the QB well) and play some 4th stringers; AU 42-10

#17 Florida at #10 LSU; if this were in the swamp, I'd say the gators could hold on. In Death Valley, I don't see that happening. Even though UF's defense is #2 and playing with a lot of confidence, I don't think they can stop Mettenburger and the LSU offense at home. LSU 28-24

#1 Alabama at Kentucky; UK played well in the 4th last week and showed fight and a willingness to play to the end. Maybe they'll be able to say that this week; UA 45-13

Bowling Green at Mississippi State; State needs a win bad and usually playing a MAC team is a guaranteed W; I'm not so sure this week. BG is playing very well and State has issues. BG with the major upset and the win; 29-20

#9 Texas A&M at Ole Miss: Mississippi needs a win almost as bad as their State brethren; they've dropped 2 in a row after an 3-0 start and at least last week they looked competitive; this week they play Manziel and the pinball offense though and that means doom.  Even at home, UM can't hold and drops this one to the Aggies - 49-20
at 4:00 PM No comments:

New batch this week and some difficult games for some teams.

Georgia State at Alabama; only question in this one is does GSU score.. I think they get a field goal out of it; Ala 48-3

Kentucky at South Carolina; UK has to turn it around now if they are going to (#1 Ala next week for them) but they won't; SC 42-18

Arkansas at Florida; Ark has enough to win it, but the UF defense/special teams will do the trick; UF 21-17 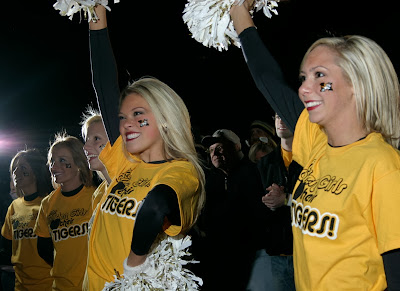 LSU at Mississippi State; trap game for the Tigers after the hard loss to Georgia last week; think they'll start slow, but wear MSU out in the end; LSU 44-30

Ole Miss at Auburn; both teams got handled last week; does UM bounce back or Auburn? It's at Auburn and Ole Miss has problems they'll have to fix; upset AU 20-16

Missouri at Vandy; Mizzou is undefeated and Vandy is coming off an easy win; UM has played no one and they haven't been tested; they are this week and Vandy's defense wins it; Vandy 28-27

Georgia at Tennessee; UT wears their 'smokey grey' unis' this week; won't matter, UGA's defense is atrocious but UT's offense isn't good (yet); UGA 31-24 over the Vols :(
at 8:08 PM No comments: