First soccer game of the year for lil bit and her new team, the Silver Stars. All girls this year :)

They played to a 0-0 tie today (wet field) and lil bit played goalie to start (they rotated during the game) and made 1 save.

The game was played about 70% of the time on our end, but all the girls played very well to keep the other team from getting a goal. We only had 3 good chances to score and their goalie played just as well as ours.

After the 5 on 5 format of last year, 7 on 7 is going to be harder on them (the younger ones) to adjust to, but I liked the energy lil bit put into it.
Tags: upward soccer, lil bit, Lord Nazh
at 3:41 PM No comments:

Never thought it would happen, but this was the year for it I guess.

Ball State stunned the two-time defending national champions 71-55 in the opening round of the NCAA tournament on Sunday night, snapping one of the more remarkable streaks in college basketball history.(link)

They had been to every Sweet Sixteen since the tournament started. Had to end sooner or later and congrats to Ball State for a great game.
Tags: Tennessee, Ball State, women's basketball
at 11:26 AM No comments:

Ex-lawyer in north Ala. gets 6 years for sex abuse
The Associated Press

HUNTSVILLE, Ala. - A former Athens lawyer accused of exposing himself and inappropriate contact with two runaway girls aged 12 and 13 was sentenced Friday to six years in prison for second-degree sexual abuse, enticing a minor and unlawful imprisonment.
[snip]
The six-year prison term is to be followed by 14 years probation. (link)

I think a more appropriate sentence would have been 14 years followed by 6 of probation (if not 25 to life). As a father, these people make me violent :)
at 12:16 AM No comments: 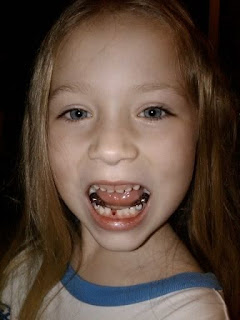