Don't ever Back Down Mags!

Tags: Jennifer Lawrence, COD
at 9:00 AM No comments:

Arkansas is at Texas A&M: Arky is on suicide watch and A&M is rolling; A&M by 14
Missouri travels to UCF and hopes to get back on track against non-SEC comp.: UCF stuns Mizzou by 3
South Carolina travels to Kentucky: Kentucky is thinking basketball, SC by 20
Towson at LSU: cupcake city, LSU by 50
Ole Miss is on fire heading to Alabama: Ala will put that fire out, emphatically: Bama by 30
Tennessee heads to Georgia: Tennessee will play much better than they did against Florida and this game will be high-scoring and close, but I think Georgia has a little too much for us :(  Georgia by 4
at 8:58 AM No comments:

Tennessee dropped out of the ESPN Power poll and dropped to #35 in the AP and #40 in the coaches.

Mississippi at Tulane: Ole Miss by 10
Kentucky at Florida: Florida by 22
Missouri at South Carolina: Upset, Missou by 6
FAU at Alabama: Ala 3rd string by 14, whole team by 48
LSU at Auburn: LSU by 20
South Alabama at Mississippi St: MSU by 13
South Carolina St at Texas A&M: A&M by 50
Rutgers at Arkansas: Closer than it should be, Ark by 3
Akron at Tennessee: bounce-back? UT by 40
Vandy at Georgia: close but no; UGA by 12

No cheerleader this week, but them's the breaks.
at 7:50 AM 3 comments:

Email ThisBlogThis!Share to TwitterShare to FacebookShare to Pinterest
Labels: 9-11, Global War on Terror

LA Monroe off the major upset of Arkansas travels to Auburn to play the worst team in the SEC. AU's defense can't stop anyone and their offense plays defense (heh)...  LA Monroe makes it 2 in a row over the mighty SEC. ULM 28 - AU 21

Presbyterian plays at Vandy; Vandy is 0-2 and needed that win last week at Northwestern... they get off the snide this week big.  Vandy 42 - Pres 30

Alabama at Arkansas: This was a circled game for Arkansas at the beginning; now, not so much. After Wilson getting hurt (he's supposed to play) and losing at home to UL Monroe, this will get ugly in a hurry.  Ark will score on the Bama defense, but it will be late. Ala 35 - Ark 20

W Kentucky at Kentucky; Two straight matches against SEC foes for WKU; this one won't be the laugher that the Ala game was, but it won't be close either.  KU 39 - WKU 20

Game of the week: Florida at Tennessee; UF has a 7 game streak against the Vols, but UT is coming in on fire on both sides of the ball, while UF has some injuries and played not so well in the 1st half of the A&M win.  Tennessee finally breaks the streak in a big way: UT 31 - UF 18

Ok so I totally forgot about Kentucky last week (sorry EMB) but I would have picked against them anyway :)  But I can't count that so I went 10-1 (Auburn can't stop the run, repeat that phrase, ack)

Tennessee has moved up in the rankings:

A little tougher to call games: Ole Miss squeezes by UTEP (who played Oklahoma close), South Carolina holds on over East Carolina (Conor Shaw goes out of the game at least twice), Vandy holds off a game Northwestern squad (on the road too!) and Kentucky outlast Kent State (this could go either way heh)

Too close to call (coin-flip division): Texas A&M over Florida; Missouri over Georgia 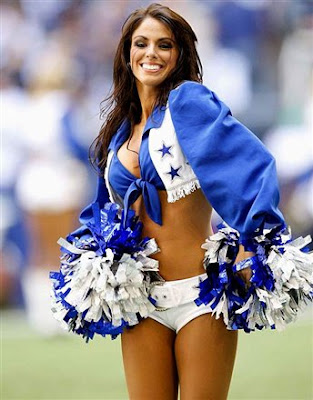