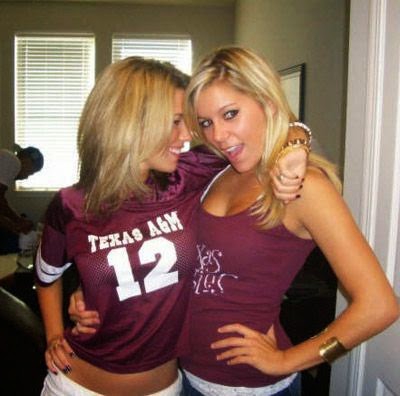 1]   Florida State hosts Wake Forest; FSU defense isn't fixed but Wake's offense isn't special. FSU by 31
2]   Oregon hosts Arizona; should be a shoot-out, it's at Outzen stadium so Ducks should roll (by 18)
3]   Alabama travels to 11] Ole Miss; Bama has holes it has to fix and the starting QB hasn't had a road start yet. Ole Miss has an awesome defense and a senior offense. Should be a great game and picking against Alabama is usually a good way to get a L on your record, but going to have to go with the home crowd here and take Johnny Reb by 4
4]   Oklahoma is at 25] TCU: OK is #1 in a lot of polls projecting for the playoff and TCU is on fire (against weak competition) on defense. Should be awesome game and another predicted upset. Frogs by 1
5]   Auburn hosts 15] LSU; New QB for LSU, same ole same ole for Auburn. It's at Auburn and the crowd could wreck havoc on the Harrison in his first start. Both teams have shown holes of late and LSU did just get mauled by Miss State.  Auburn should be able to hang on, barely; AU by 4
6]   Texas A&M is at 12] Mississippi State: The SEC west will get some love this week and lose at least 2 of their undefeated teams. A&M looked unbeatable when they took out SC early on, but State looked the same last week with the demolish of LSU. High powered offenses for both so the question will be which defense can stop the other.  I'm thinking the State D will pick up a turnover or 2 and get the W by 4
7]   Baylor at Texas: Baylor by 20
8]   UCLA hosts Utah: Hundley looked very sharp last week; Utah has a much-improved defense, but not enough I think on the road. Bruins by 10
9]   Notre Dame hosts 14] Stanford: The Tree has many holes on offense but their defense is among the best in football. Notre Dame has not been tested but has shown a tendency to turn the ball over. Stanford will walk out with the W on the back of their defense; Cardinal by 3
10] Michigan State hosts 19] Nebraska: Nebraska run game against the Spartan defense. Sparty by 3
13] Georgia hosts Vanderbilt: Dogs by 19
16] USC hosts Arizona State: ASU let me down last week and USC is looking much better. Trojans by 4
17] Wisconsin is at Northwestern: Wisconsin will run and run and ... Badgers by 9
20] Ohio State at Maryland: Terrapins won a big one last week, won't happen this week: Buckeyes by 13
21] Oklahoma State hosts Iowa State: OK State by 14
22] East Carolina over SMU by 40
23] Kansas State hosts pass-happy Texas Tech; KState by 11

Kentucky hosts South Carolina; This Kentucky team is for real and this should be the year they take out most anyone; I just don't see Spurrier losing two games in a row. SC by 8