From the wider world where our elections are just as important but the people out there can't vote comes news...

In Central America: Socialism is alive and well again (oxymoron) 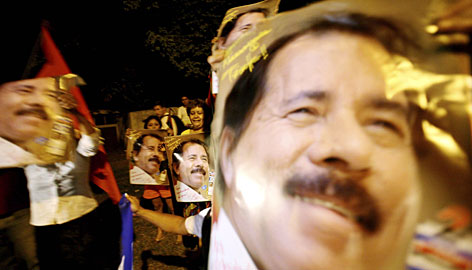 MANAGUA, Nicaragua (AP) — Leftist Sandinista leader Daniel Ortega appeared Monday to have easily defeated four other presidential candidates in his long quest to return to power 16 years after a U.S.-backed rebellion helped force him from office, according to a respected electoral observer group projecting victory based on a sampling of the votes.

Since he won, I'll be there are no recounts or stories of fraud :)
-------------------
In the Middle East: Hamas and Fatah have decided to play nice and (re)form government. They don't get to the part where they renounce violence and recognize Isreal, so I wouldn't count on this adding up to much. 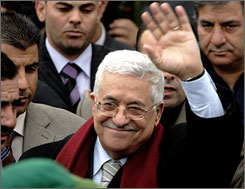 GAZA CITY, Gaza Strip (AP) — Palestinian President Mahmoud Abbas traveled to Gaza Monday for negotiations with Hamas to put what he hoped will be the finishing touches on a national unity government made up of independent experts.

These stories may seem unrelated to the upcoming elections tomorrow, but look closely at the world views and you'll see they are not. VOTE!
__________
Reason amongst the dhimmikrauts